Alternatively, here’s a (somewhat) quick summary for those of you who are all “TL;DR” about the backstory:

As instructed, I called Mrs. Brazilian up this weekend to set up a time to get the rest of my rent money. Actually, I emailed her, because my iPhone was stolen a couple of weeks ago and, with it, many a phone number. So I emailed her this past Saturday, and she responded within a few hours:

Translation: “Hi Rachel, How’s it going?? I am only able to speak with you on Monday. Let’s do 3:30pm. At the Bradesco bank AG/Lido – Copacabana – close to Lido square around my apartment OK. Until then. Regina.”

I take the train to the Bradesco bank near her apartment, as instructed. I wait outside for a while, before I look inside and see her seated within, in front of an official looking desk.

“Hi Mrs. Brazilian,” I said as I walked in, “I’m sorry, I didn’t see you inside, I thought maybe you’d be outside the bank.”

“Of course not, it’s a bank, you’re supposed to go in,” she responded. I really had no idea what this meant, but okay.

We chatted politely about the happenings in her apartment since I left. And by “we chatted” I mean “she talked at me, barely once looking me in the eyes.” She talked about how much she just adored Chichi, a fellow American student who had been staying there as well — so much so that they all almost cried when Chichi had to leave to go back home to the States.

I smiled and nodded politely. “Oh, Chichi already went home?” I asked, “That’s too bad. She was a great girl.”

Eventually Mrs. Brazilian turned to the subject at hand.

“So listen,” she started, “I spoke with my lawyer.”

I would have had an ominous feeling at this point if I hadn’t already guessed she was probably going to tell me something unpleasant. I nodded and smiled politely again.

“I spoke with my lawyer about the issue at hand, and he explained to me that I don’t actually owe you any money. You left the apartment of your own accord, and therefore you forfeited your rent money.”

“Huh,” I said, putting on a politely confused look. “That’s interesting that he said that, since I didn’t actually leave of my own accord. I left because you had fleas and because you wouldn’t let me use the –“

“Then what explains the bites I received?”

“YOU had an allergy. No one else ever got bitten, I never heard a single complaint from anyone else in my house and I have never –“

“Really? Chichi didn’t say anything? Chichi told me that she was getting flea bites as well. Actually, she said she told you about it, and you gave your cat medication to take care of it.”

“No, that never happened. Chichi never said a word to me! My house is completely clean, there are no fleas –“

“Why would she lie about that to me?”

“I have never had fleas in my house. You had an ALLERGY. I have no idea what you’re talking about. No one ever said anything about fleas in my house, besides you, and you can’t prove ANYthing.”

“The fact that Chichi also said there were fleas sounds like proof to me.”

“So? She’s in the United States. It’s not like you can do anything about it.”

“Look, there were fleas in your house, and you owe me money. I’d like my money.”

“You can’t prove that I had fleas, my lawyer says I don’t owe you anythi –“

“So? That receipt doesn’t have my signature on it.”

Mrs. Brazilian shrugged and just repeated, “It doesn’t have my signature. I never signed it. You can’t prove that I wrote it.”

I pulled the receipt out of my bag.

The goddamn receipt she wrote me.

Only looking at it again did I realize that the “Signature” line at the bottom had my signature in it, rather than hers — I even remember when she told me to sign it! …I did feel a little dumb then.

…However, she HAD scrawled her name at the top of the receipt, for whatever reason.

“Look,” I said, “That’s your signature right there.”

“No, that’s not my normal signature.”

I stared at her again. Still pretty incredulously.

“Fine,” I said, after a moment. “I guess I need to call my lawyer as well then.”

“Give me your lawyer’s phone number, so that my lawyer can call yours.”

“How are they going to discuss this if you don’t give me his phone number?”

“You already have my email,” she retorted. “That’s all you need.”

“Um, no. That’s not going to work. You need to either give me your lawyers number, or your house number, since you already know my iPhone was stolen and I no longer have your house number.”

“I’m a mother! I’m elderly! I’m run a household, there are bills to pay. I have to feed my family and there are a million things that need to be done, I –“

“Just give me his phone number.”

“I didn’t want to do this, but you leave me with no choice. I’m the only running my household, I need to pay bills for light, and gas, and electricity, you know it’s not cheap to take care of a family —

“Yes, I know. Everything is expensive. Just give me your lawyer’s number.”

“The absolute most I can do for you is give you R$ 300, which I WAS going to use to pay our house bills, since I am the only person running my household.  BUT you need to sign a declaration that says i don’t owe you any more money after this.”

“What? No. I’m not going to show you. I’ll give it to you after you write that I don’t own you anymore money and sign it –“

“Just show me the money.”

“You don’t believe me? I have the money. It’s right here. Guard!” She called over one of the security guards by the bank entrance just a few steps away. Motioning him over with her hand, she said to him, “She doesn’t believe that I’m going to give her the money.”

The security guard didn’t say a word. His hands held behind his back, he looked at her with a totally blank face, then glanced at me briefly before looking at her again.

“I have the money right here in my bag,” she continued, looking at me disdainfully, “you can be witness to the fact that I will give –“

“Just show me the money already.”

The guard looked at us as if we were crazy, then turned his attention back to the front door. Mrs. Brazilian pulled a stack of R$ 50 bills out of her purse.

“Look. Right here. R$ 300.” She counted out six R$ 50 reais bills before stashing the rest of the cash back in her purse.  “The rest of this money is to pay the bills,” she grunted, not looking at me.

I didn’t say anything, just nodded.

She called over one of the bank tellers and asked for a piece of paper and a pen. The bank teller glanced at her boss, the manager of the branch, who was standing near the entrance by the security guard. The manager nodded at her. She proceeded to pull out a piece of printer paper and hand it to Mrs. Brazilian.

I said “Good afternoon,” got up, and walked out of the bank.

It was only as I left the bank…

…and was walking back to the subway station, that it occurred to me that our entire conversation had been a ruse. She’d been playing me the whole time! There was no way she had a lawyer — she made that damn story up to try to get out of paying me!

It also occurred to me that, in light of this, I probably could’ve pushed her for more money. She’d clearly had a stack of it in her purse, in case somehow she found herself having to hand over the full amount.

…By the time I got to the subway station, I was more than a little annoyed.

…And by the time I got out of the subway station and was almost home, I realized that I was really just relieved to never have to see her face again. Even if I did, in effect, pay $300 USD for it. 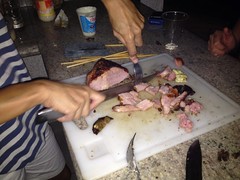 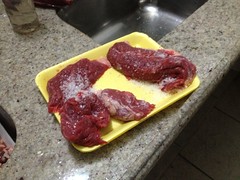 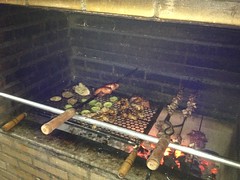 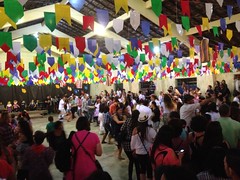 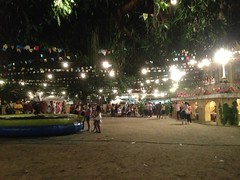 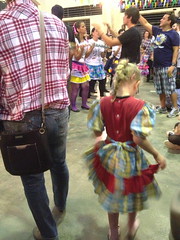 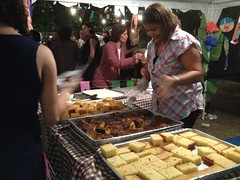 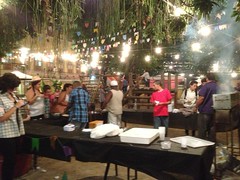